Webster's Import Service was created in 1987 by Bob and Roger Webster. Initially, the business was located in a 4,500 square foot facility at 203 Swing Road. The father and son team were the only two mechanics and they serviced only Volkswagens and Mazdas.

As Webster's grew and hired new technicians, they expanded their services to include other imports. It was also necessary to have a larger facility, so they decided to build. In 1994, they moved into their newly-constructed, modern, 10,000 square foot building at 306 Grumman Road. 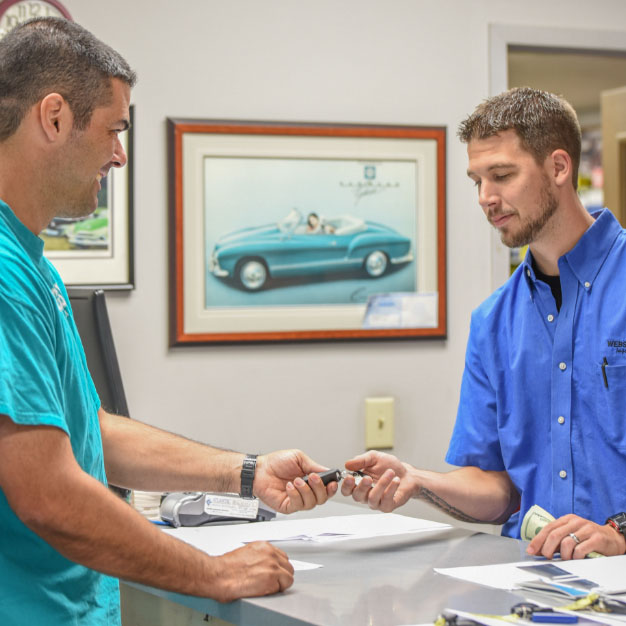 Webster's continually updates their equipment and training to accommodate for rapidly advancing automotive technology. As foreign auto manufacturers continue to innovate and bring new technologies to the industry, technicians have to keep up. Our technicians stay abreast of the latest vehicles and service equipment so that we stay two steps ahead of the industry curve. Owners in Greensboro need a place they can go, a place they can trust. That’s Webster’s Import Service. You made a wise investment in your quality foreign auto, now it’s time to make a wise investment in a quality technician.

During this uncertain time, we remain committed to our customers. We are open and operating on normal business hours, 7:30 - 5:30 Monday through Friday.